The debate has raged about the usefulness of Body Mass Index (BMI) measurements for what seems like forever. Critics of BMI make many important points, but in order to understand the role of BMI in today’s world, we have to take a closer look at its history.

What is Body Mass Index?

BMI has been a staple feature of public health campaigns since the late 20th century. Although the simple mathematical formula was devised nearly 200 years ago, it was the emergence of the obesity epidemic in developed countries that pushed the concept into prominence.

You’ve probably used a simple online BMI calculator yourself at some point — just input your height and weight and out pops a neat little number and a corresponding classification.

Here is a typical chart: 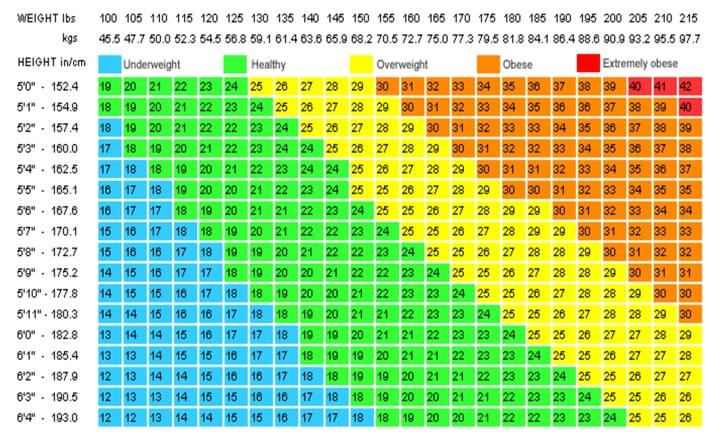 How did BMI become such a widely accepted measure of obesity?

Over the years many health professionals and laypeople alike have questioned how such a vague measure of obesity ever became so widely used in the first place.

Ultimately, it boils down to one thing only: convenience. Obesity is a complex and nuanced health problem and BMI is simply a crude way of distilling the issue into one easily digestible number.

The most widely known limitations of BMI are ones you’ve probably heard before:

First, the fact that people with above-average muscle mass may be extremely fit and lean but regarded “obese” by BMI. Second is the considerable differences in skeletal structure or “frame” size found between people. In this instance, someone with a slight frame may have excessively high body fat but a “normal” BMI.

However, the complexity of the issue runs much deeper than this. For instance, a variant of the so-called “lean gene” IRS-1 is linked with reduced subcutaneous fat, but not with reduced visceral fat. We all know at least one person who can seemingly eat whatever they like but never “look” overweight.

The research on this subject appears to show that some people’s bodies are simply less able to store subcutaneous fat (fat under the skin) than others. Nevertheless, it is visceral fat (fat surrounding vital organs) that is most strongly linked with increased risk of cardiovascular disease and type-2 diabetes. This helps explain why people with the “lean gene” are at a potentially heightened risk of certain health problems despite “looking” thin.

As this image shows, however, there is a strong and obvious correlation between BMI measurements and body fat percentage (BF%). In this sense, BMI is essentially an imperfect proxy for more accurate measurements like BF% that are simply harder to calculate without equipment like skinfold calipers.

Despite revealing a strong correlation, the graph also reveals how a considerable percentage of people can be considered overweight according to BF% but not BMI, and vice versa. These groups fall in the top left quadrant and bottom right quadrant respectively.

I’m worried about my BMI: What should I do? 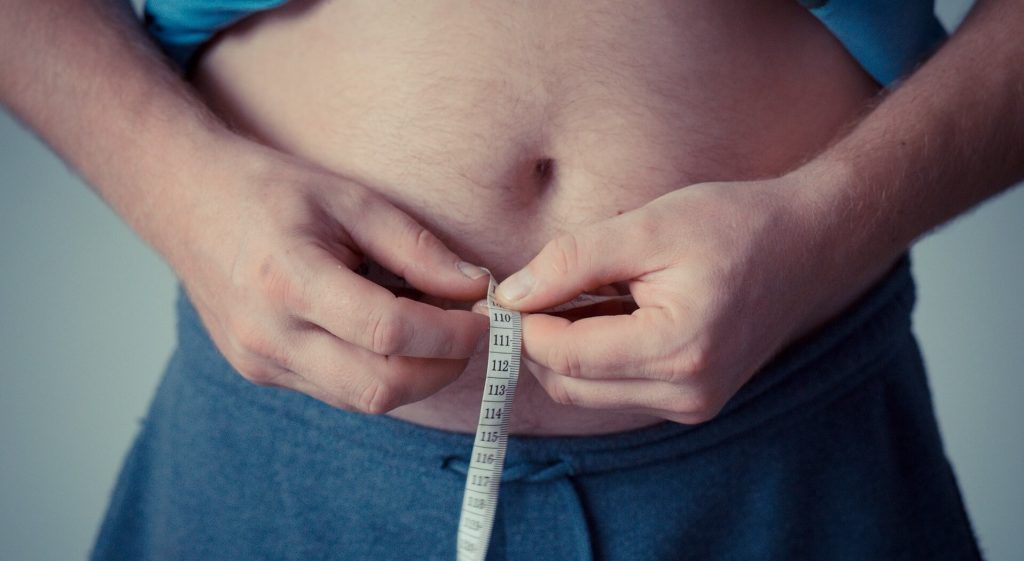 If you’ve calculated your BMI and you’ve been classified outside the healthy weight range then there are a few things you should do. Firstly, realize that you aren’t alone. In the United States, a staggering 71.6% of adults are classified as overweight or obese according to data from 2016.

However, this doesn’t mean you shouldn’t take proactive steps to improve your body composition. Many people dive into unsustainable diet and exercise plans that are unsafe or unsuitable. For instance, starting an intensive training program when you haven’t worked out for a long time risks injury and other adverse health consequences.

The best course of action is to consult with your doctor or a health professional to devise a graded exercise program that is progressive and manageable. A board-certified dietitian can also help you work on unhealthy eating habits.

Nevertheless, as we discussed earlier, there are some cases in which an elevated BMI does not reflect any underlying problem at all. However, while BMI is still a relevant and somewhat useful guide, there are some caveats. A high BMI is only indicative of a problem — it shouldn’t be used to categorically define you.

Abdominal (or central) obesity, for instance, is known to carry serious, proven health risks. However, a heightened BMI linked to above-average muscle mass is not problematic at all. Meanwhile, people with a “normal” BMI shouldn’t simply assume that they have a lower than average risk of obesity-related health problems.

Sedentary living and poor diet can still undermine your long-term health, even if your body mass reads normal on a BMI scale. This is particularly true in individuals who have limited subcutaneous (under the skin) fat but higher levels of visceral (surrounding the organs) fat.

Bottom Line: A high BMI indicates that you are overweight or obese and may be at risk of developing associated health conditions. If this is the case then your best course of action is to consult your doctor. In some cases, high BMI is not a result of being overweight. Likewise, a healthy BMI doesn’t necessarily mean you can’t find ways to lead a healthier lifestyle.

BMI has become a mainstay in the public consciousness because it is easy to calculate and provides a reasonably strong indication of whether a person is overweight or not. This can be seen in the strong correlation between BMI and body fat percentage.

However, BMI is an imperfect tool and shouldn’t be interpreted as conclusive evidence of a problem. If you think your weight may be an issue then it is a good idea to discuss the matter with your doctor.

The long-term future of BMI is in doubt because of its many limitations. Alternate proposals such as “New BMI” and the Body Adiposity Index (BAI) have been devised as more accurate calculations.

As people become more aware of the shortcomings of BMI they are increasingly turning to better indicators of obesity. If you are interested in estimating body fat percentage than a simple set of skinfold calipers can provide a solution.

Although there are no signs that BMI is finished just yet, its days might just be numbered as the go-to means of determining what is and isn’t a healthy body.

Tom is an editor and a regular contributor to RightHealth.com. He is the team's go-to individual for comprehensive reviews. As an economics graduate and retail consultant, he prides his work on in-depth investigation and impartiality. Making sound decisions in the products we buy is important to everyone. Tom strives to get to the very bottom of every product he researches.

We will be happy to hear your thoughts

Organic Produce — Worth Your Money Or Not?

B Vitamins: What Are The Consequences Of Deficiency?

In the early days of the web, curated and professionally edited health content was hard to come by. RightHealth.com emerged as a popular tool with its ability to ‘build’ custom web pages on-the-fly covering a huge variety of topics. However, this technology ultimately proved to be insufficient to meet the needs of consumers who increasingly demand professionally edited health information.

The new RightHealth.com retains the original goal of bringing consumers high quality and diversified health information, but our new vision for the site involves an increased focus on editorial and original health content.

We’d be delighted if you join us on this journey. RightHealth.com always has and always will exist for you, our readers, and our new website has been built with your needs in mind.

When founded, RightHealth.com made a commitment to connect readers with the highest quality health guides, reviews, and news, for a wide selection of health topics. Now, over a decade later, our dedication to this goal remains.

Please get started by searching or browsing our website, or get in touch with a member of the team.

The material on this website is exclusively for informational purposes. Please consult a doctor for medical advice, diagnosis, or treatment.

RightHealth.com is a participant in the Amazon Services LLC Associates Program. This is an affiliate advertising program designed to allow sites like ours to earn advertising fees by linking to Amazon.com. As an Amazon Associate we may earn affiliate commissions on qualifying purchases.

Amazon and the Amazon logo are trademarks of Amazon.com, Inc. or its affiliates.